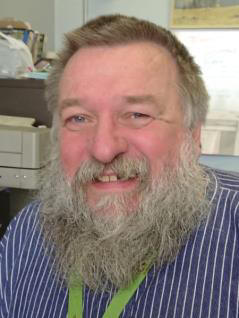 I have been the chair of the branch since the previous Chairperson, Dennis Noble, left the company a few years ago. The journey to this position was one taken over many years since I joined BT in 1988.

Having joined the Union when I first started with BT I was drawn towards being active in the Union after a couple of years because I could see that some processes in the workplace where not conducted as fairly as they could have been by some managers.

Starting as a union safety rep in my local area I soon progressed to a geographical work place representative and attended monthly branch meetings. It was here that I was able with the help of the branch at that time, to take up the opportunity to attend valuable courses at Alvescot Lodge, the union learning centre. It was on the Union Learning programme I completed Health and safety courses and really useful Union Skills courses.

I then settled into a long period as a safety rep and geographical rep learning from my colleagues as much as I could on the process with in the Union and the structure of the Union.

It has been over the last 11 years that I have had a more active role on the committee and with in a short time I was elected as an assistant secretary where I was able to attend meetings and negotiate with management on issues and report back to the branch. When the post of chairperson was vacated, due to retirement, I put myself forward for election and attained the post.

I am the branches officer which leads on most of the Openreach issues but I also hold the position of the BT Committee’s Regional Secretary where we discuss issues pan BT.

It is my belief that we are and should be a campaigning branch in the CWU. I feel I was at the front when it came to campaigning against the unfairness of IPoP and performance management, I could see that the way some managers would single out victims who were driven to despair by the system and there managers bullied people it just wasn’t right, that’s what drives me to work for the membership in the southeast.

I look to the membership for their support in picking the fights with an employer to make a fairer workplace.